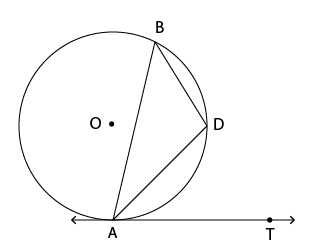 218409. The ratio of the volume of a cube to that of a sphere which will fit inside the cube is

218410. A string of length 24 cm is bent first into a square and then into a right-angled triangle by keeping one side of the square fixed as its base. Then the area of triangle equals to:

218416. A group of workers can complete a piece of work in 50 days, when they are working individually. On the first day one person works, on the second day another person joins him, on the third day one more person joins them and this process continues till the work is completed. How many approximate days are needed to complete the work ?

218421. A vegetable seller sells his vegetables at 20% profit. At the same time he uses false weights, which is 10% less than the actual weight. What will be his total gain percentage ?

218426. The maximum biodiversity is found in

218428. In the Union Government, the Council of Ministers is collectively responsible for the:

218429. Which international organisation observed the 125th birth anniversary of Shri. B. R. Ambedkar ?

218431. Which one of the following schedules of the Constitution of India contains provisions regarding anti-defection Act ?

218432. Which of these statements is correct with regard to appointment of the Chairperson of the National Human Rights Commissione ?

218433. Who was the first Chairman of Indian Constitutions Drafting Committee ?

218438. Name the first woman Chief Minister of Jammu and Kashmir ?

218440. The person known for “Communication Revolution in India” is:

218441. Which of the following countries has recently superseded

218442. Name the Indian State with the highest tax revenue.

218445. Who was the 1st President of South Africa after apartheid ?

218447. Hydroscope is an instrument that shows changes in:

218448. Which Article of the Indian Constitution provides free legal aid and equal justice ?

218449. Which one of the following reflects back more sunlight s compared to other three ?

218450. The magnitude of current flowing between two end points of a conductor is proportional to the potential difference between them and is called as: